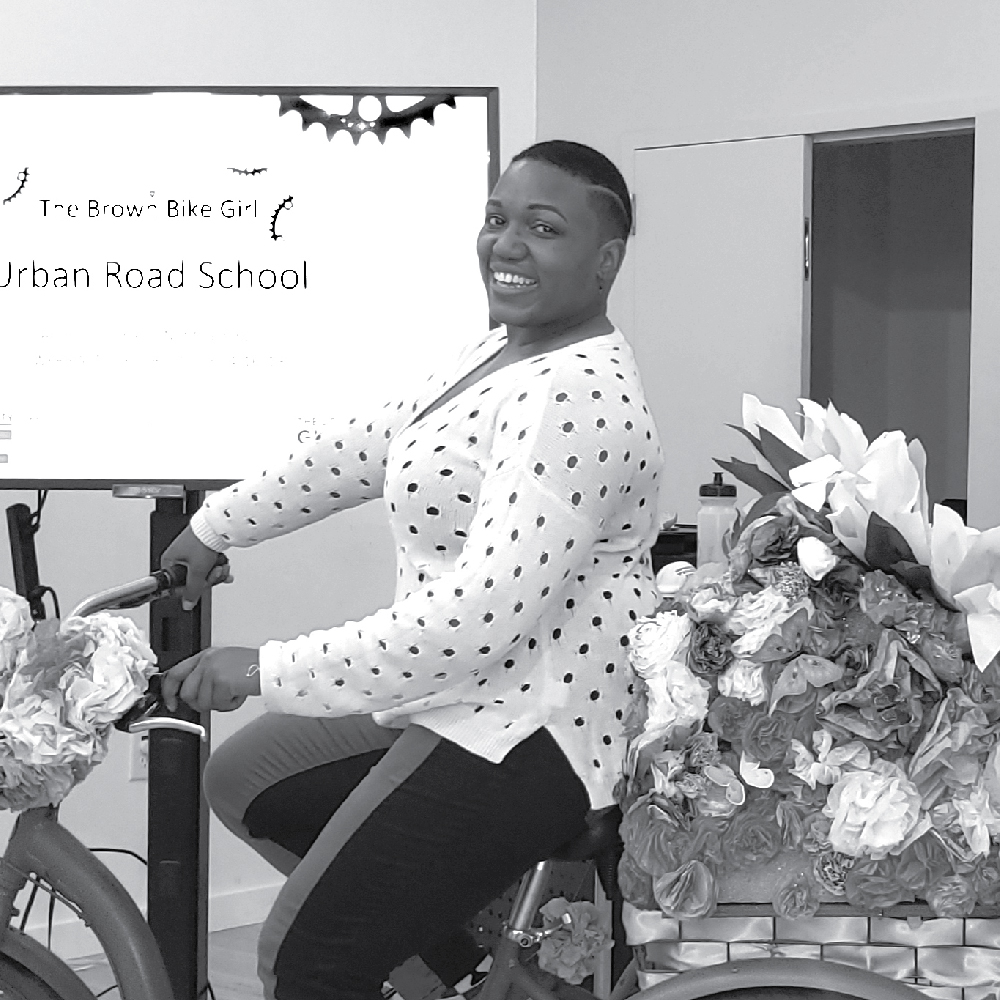 “Bikes and film are both mediums where you can experience the illusion of flying.”

Through her agency The Brown Bike Girl, Courtney works with government, non-profit and other institutions to increase bicycling access and adoption within communities of color. Through initiative planning and facilitation, training and creative collaboration she provides bicycle training for a variety of people.

Courtney says she is excited to travel from New York to be part of the Filmed by Bike Jury because we are both working toward something similar. “I think our projects are aligned in wanting to perpetuate the phenomenon of people having authentic and practical connections with their bikes and being willing to hold celebration over someone finding identity in their bike’s utilitarian functions, rather than just the more common themes of defiance and competition.”

As a juror, Courtney hopes to see transformative films. “I want to see films about whole communities being converted to bike towns – where they collectively recognize car-dominance is an outdated measure of success/the American way of life – and cycling for transport becomes the ethos of the town.”

Courtney will be in Portland around January 22-26 and is available for speaking engagements. Please contact us or Courtney directly to make arrangements.