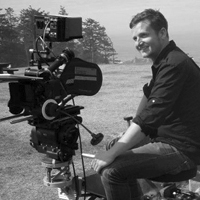 Scott is a Portland-based filmmaker and co-founder of the Great Notion Filmmakers Collective, a network and distribution platform for award-winning filmmakers.

In 2015 Scott released his third feature film, Death on a Rock, which has currently won five awards and four additional nominations at the 12 festivals where it was shown.

In addition to all this film vigilance, Scott is also extremely good at shucking oysters.

WHY HE’S EXCITED TO BE ON THE JURY
“It’ll be fun to see all the creative interpretations that would bring one to submit their film to the festival.”