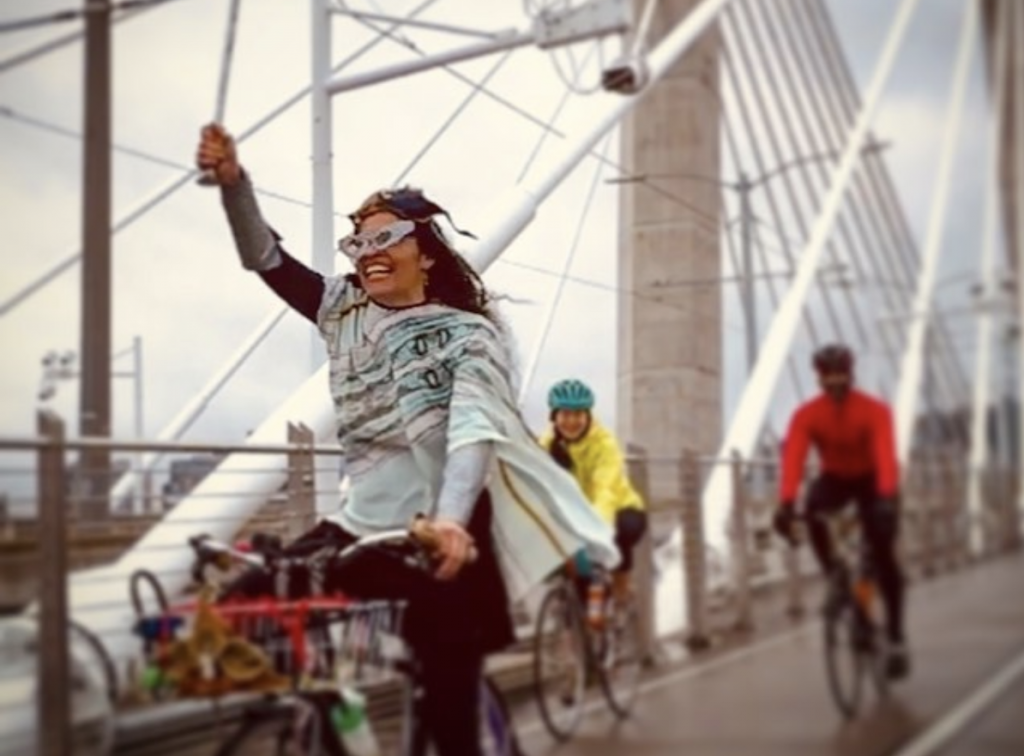 Every year we ask a designer to create our Festival Poster and set the tone for the new festival season, giving them complete creative freedom. When illustrator Lori Damiano came to us with this poster design, we immediately fell so in love with the three superheros that we decided to bring them to life.

Local Filmmaker and Filmed by Bike Board Member Mike Vogel has long been creating hilarious films for Filmed by Bike, and he was excited to finally tie the poster design to a trailer concept. He worked with a cast and crew of local talent (including his own daughter) to produce a series of three vignettes, each one featuring a superhero from the poster.

A Few Past Trailers