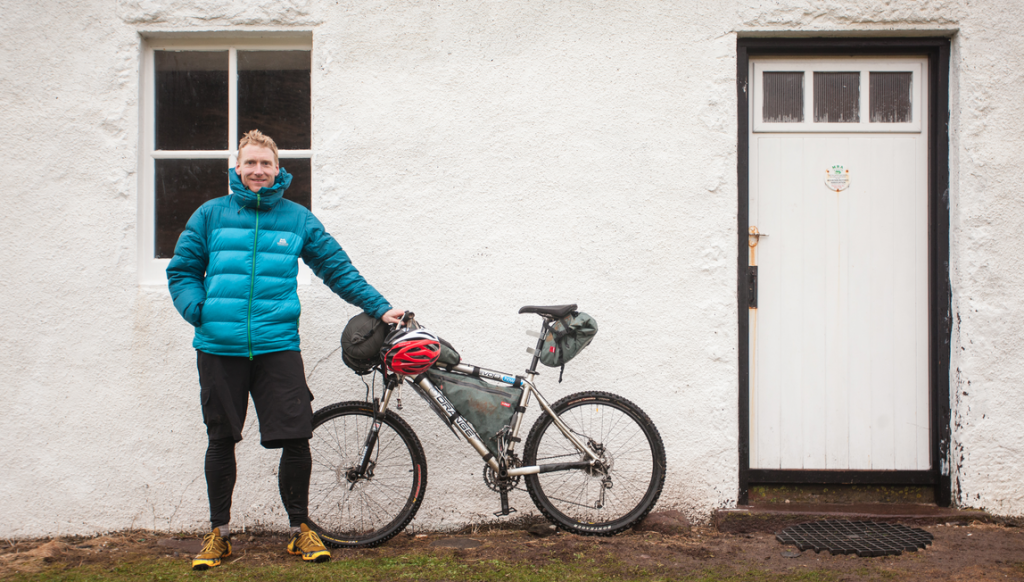 Alastair Humphreys was once named a National Geographic Adventurer of the Year, and is a sought after inspirational speaker and a best-selling author. His expeditions are a call to arms: “Nothing,” he proclaims, “is achieved without someone being bold enough to begin it and taking that first step” – which needs only be a tiny one to “set us on the way to realizing that we are all capable of more than we imagine.”

Alastair has spent years tackling adventures that are what he calls “simple but not easy, and values the crucial difference between those two words.”

A few years ago, Alastair transitioned from photographing his trips to filming them: “I did this to try to reach a bigger, newer online audience,” he explains. It was a “pragmatic choice, but now I love filming.”

Alastair credits the invention of the DSLR with inspiring his foray into filmmaking. A digital single-lens reflex camera (also called a digital SLR or DSLR) combines the optics and the mechanisms of a single-lens reflex camera with a digital imaging sensor, instead of photographic film. Better ones also include high definition video. The possibilities of the DSLR amazed him, but then when YouTube came along he was suddenly motivated to “jump in and learn how to film.”

In addition to a prolific catalog of films on adventure travel, the life-long adventurer is also the author of Microadventures: Local Discoveries for Great Escapes, and the forthcoming Grand Adventures.

How does Alastair keep it fresh from one film to the next? “I just go out and film something that really excites me,” he explains. Alastair doesn’t really think about how many other people will watch his films, and he doesn’t care. “I just do something that means a lot to me.”

It turns out that authenticity appeals to a lot of people.

Alastair says he had no script when he began filming his Film by Bike submission, “Mountain Bikes and Bothy Nights.” He just filmed everything and then came home and crafted it into a story.

Alastair says that for him the films evolve through the creative process and sometimes most dramatically when he is editing. “It’s often really hard to reconcile the difference between what I desire and what I achieved. I just stuck all the shots together in an order that looked pretty, wrote a script, recorded it just once, and that was it. It all just worked—for once!”