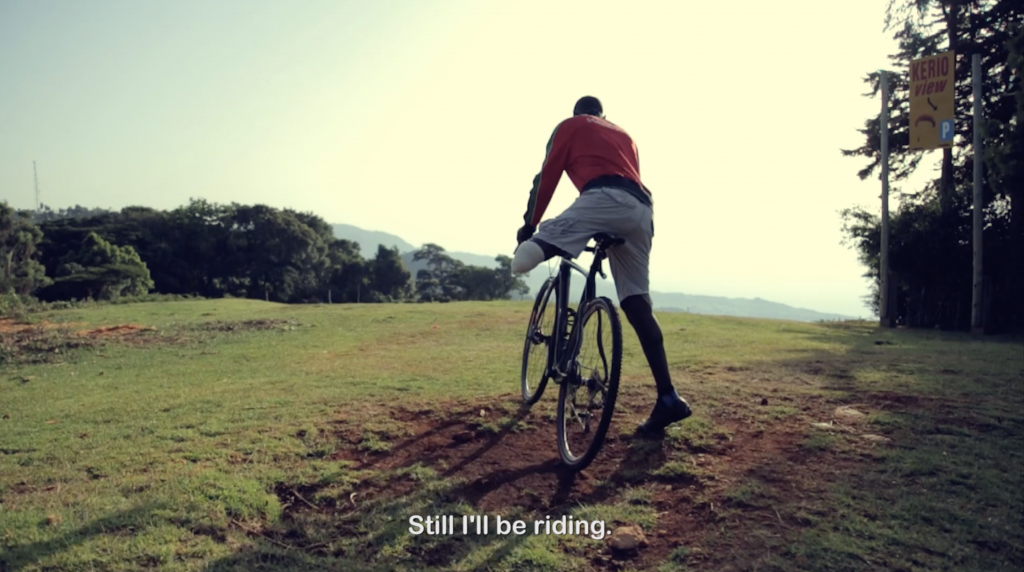 “I believe the world is full of stories, and I see filmmaking as not only my profession but my field to bringing change into the world,” – Kenyan filmmaker, Samuel Wanjohi.

In 2010, Kenyan filmmaker Samuel Wanjohi graduated with a film degree from the Kenya Institute of Mass Communication. He has been working as an independent filmmaker ever since. His film Imara (the Swahili word for resilient) was accepted into the 16th Annual Filmed by Bike festival.

Imara follows competitive Kenyan cyclist Samwel Mwangi after a tragic racing accident forced the amputation of his precious racing leg. Impossible as it seems, Samwel keeps his racing dream alive. More than just striving to be a world cycling champion, he also works to inspire a new generation of cyclists chasing the Olympic dream. Samuel Wanjohi plans to follow the story of Imara as far as it will take him, to the Olympics and beyond.

Samuel made contact with the subject of Imara while visiting a small town in Kenya to document a cycling team there during a race. During the last lap of the competition’s final race, they witnessed the tragic crash that would lead to the amputation of Samwel’s right leg. A couple months later, Samwel contacted Samuel and told him his plans to return to cycling and compete. This lead to a second documentary about Samwel Mwangi’s resilience.

A Passion for Sharing Stories

When asked why he believes the story of Imara is so important to tell, Samuel said, “Samwel did not let one leg stop him from pursuing his his dream, and as a filmmaker I think it’s important to contribute positively to society.”

Samuel is currently working on a feature film about female genital mutilation, which is a common practice in Kenyan.

// Imara plays in the Triumph Program: Sunday, May 6 at 5:30pm at the Hollywood Theatre.