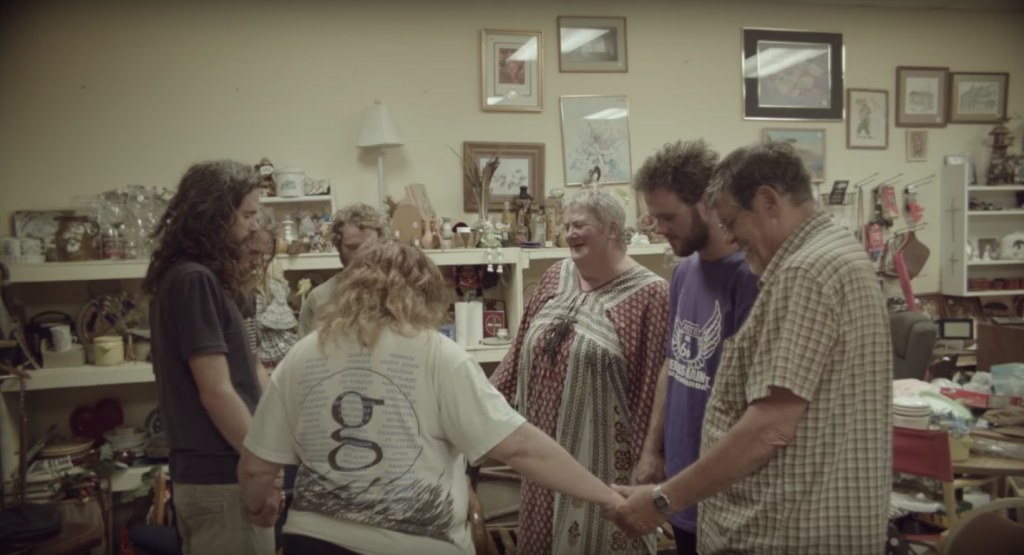 “I think that right now, given recent events in the USA, our documentary is particularly important because it shows the incredible generosity and kindness of everyday Americans. There are a lot of elements to the film – cycling, adventure, music, literature – but I think it is ultimately about the goodness of ordinary people,” says Australian filmmaker Charlie Turnbull

Charlie says the concept for his film The Bikes of Wrath slowly evolved over a three year period. “My good friend Leon Morton and I really love the novel The Grapes of Wrath and decided one evening that it would be an adventure to retrace the route the Joad family took from Oklahoma to California in the late 1930s. For some reason we decided that it would be fun to do so on bikes. From there we invited Cam Ford, a Melbourne-based filmmaker, and he suggested we film the whole thing. At that stage we got a crew together and developed the idea a little further to include the limitations on money and the street performing.”

The team rode 50 miles a day, bikes weighed down by cameras, instruments and solar panels, and most of them rather unfamiliar with bike travel. To make this entire concept even more authentic to the original story, the team challenged themselves to survive off a total budget of $420 – the modern day equivalent of the meagre $18 the Joad family had when they set out. They then decided to busk along the way for additional funds – though most of the guys had never before played an instrument.

“Heat, exhaustion and hunger all made the trip fairly difficult at times, but it was the combination of these things and then finding the energy to film the adventure that was probably the most challenging component.” Charlie says. “I think the most rewarding part of the whole project has been to see what started as a far-fetched idea evolve into what I believe is an engaging and important documentary.”

A trailer for the film is now out – which we’ll be showcasing in the festival – and the group has crowd funded to launch the full production. Charlie says they are thankful for the support they’ve been able to gather so far. The trailer alone is an excellent piece, and we can’t wait to see the full film.

Charlie will be in Portland for this year’s festival and will be joining us on the Filmmaker Ride and various functions throughout the weekend.