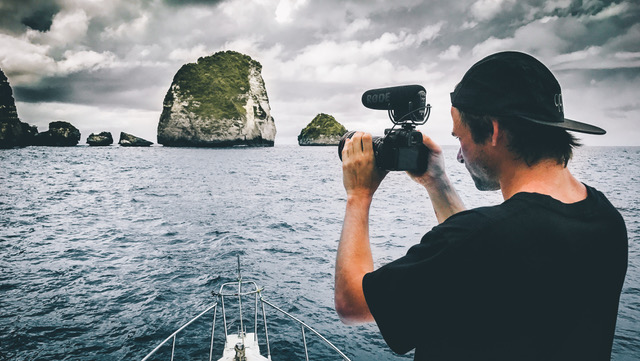 For quite some time, a Malagasy (from Madagascar) trialist named Dada had been filming his bike tricks and posting them on social media. French filmmaker Félix Le Blanc somehow stumbled upon Dada’s simple smartphone videos, and was mesmerized. He couldn’t stop watch them, and soon a long-distance friendship was formed.

It wasn’t until a while later that Félix made his way to the island of Nosy Be, off the coast of Madagascar, to connect up with Dada at a carnaval. “We were lucky to meet up. Madagascar is very big and with no real roads traveling takes a long time.” Dada brought along 15 friends, which Félix says greatly contributed to the success of the film, “It brings so much positivity and happiness to this piece,” he says.

Félix says he was excited to profile Dada to showcase that if people have a strong enough dream, they can realize it. In the film, Dada’s friends talk about how they are inspired by his strong riding skills, and Dada’s bright spirit shines through.

Most of Félix’s work is about downhill racing for the Downhill World Cup, so this project was completely different. He says he had to get inventive with how he captured the shots as the trialists performed tricks. “I just tried to be as creative as the guys were,” he says.

The entire piece was filmed in about three hours, and Félix hopes to do future projects with Dada. “This was one of my favorite project so far because it was so intense and so real.”

“Dada: The Malagay Trialist” plays Friday, May 5 at the 9pm show.
SCHEDULE + TICKETS >