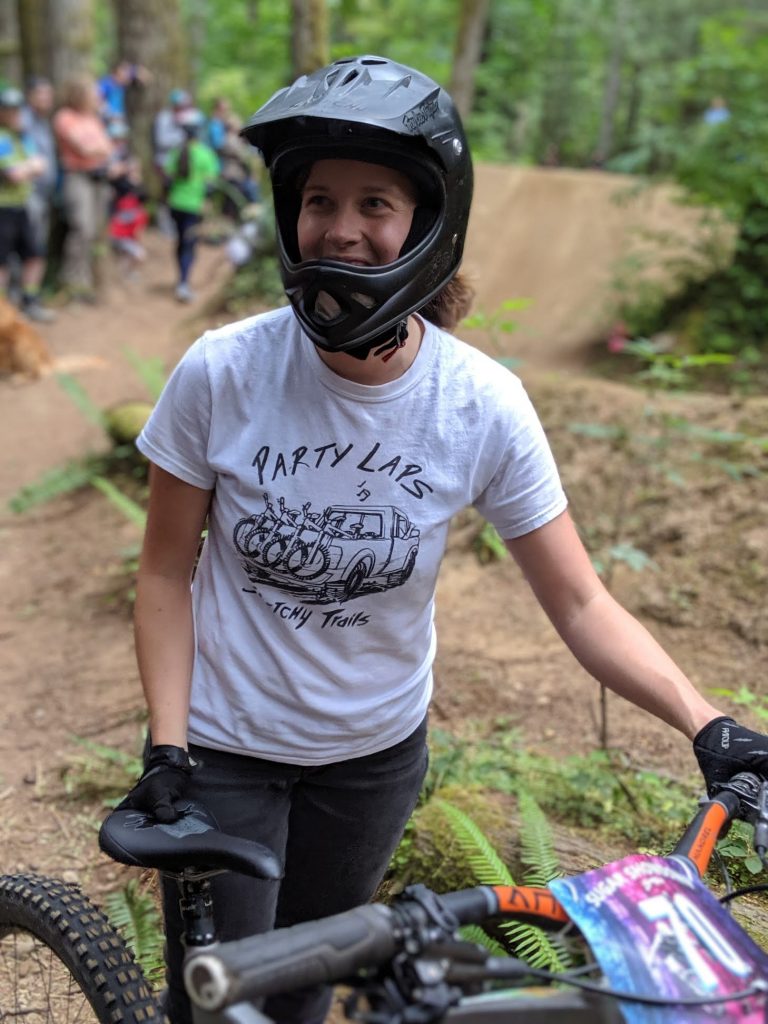 Kristina Wayte is a force of nature. She’s built her career blending her passions: making art and mountain biking. With a unique style full of high-contrast action firmly affixed in the outdoors, her multi-media work spans comics, illustration, album art, and apparel, with clients from Shimano to Chris King Precision Components.

Now Kristina’s tackling film as her next medium. In her debut piece My Last Day of Summer, she expertly integrates 2D and 3D art into a story of bikes, challenges, and that indescribable feeling of freedom we all crave.

A Life of Art

Kristina grew up immersed in the arts. “My mother used to run a summer arts camp,” she says. “She was always facilitating art projects and supported my interest.” Kristina’s summer drawing classes evolved into a major in animation/illustration which led to a job working at a mobile gaming studio in California. Since then her work has morphed into a highly specialized freelance illustration career focused on outdoor recreation art. 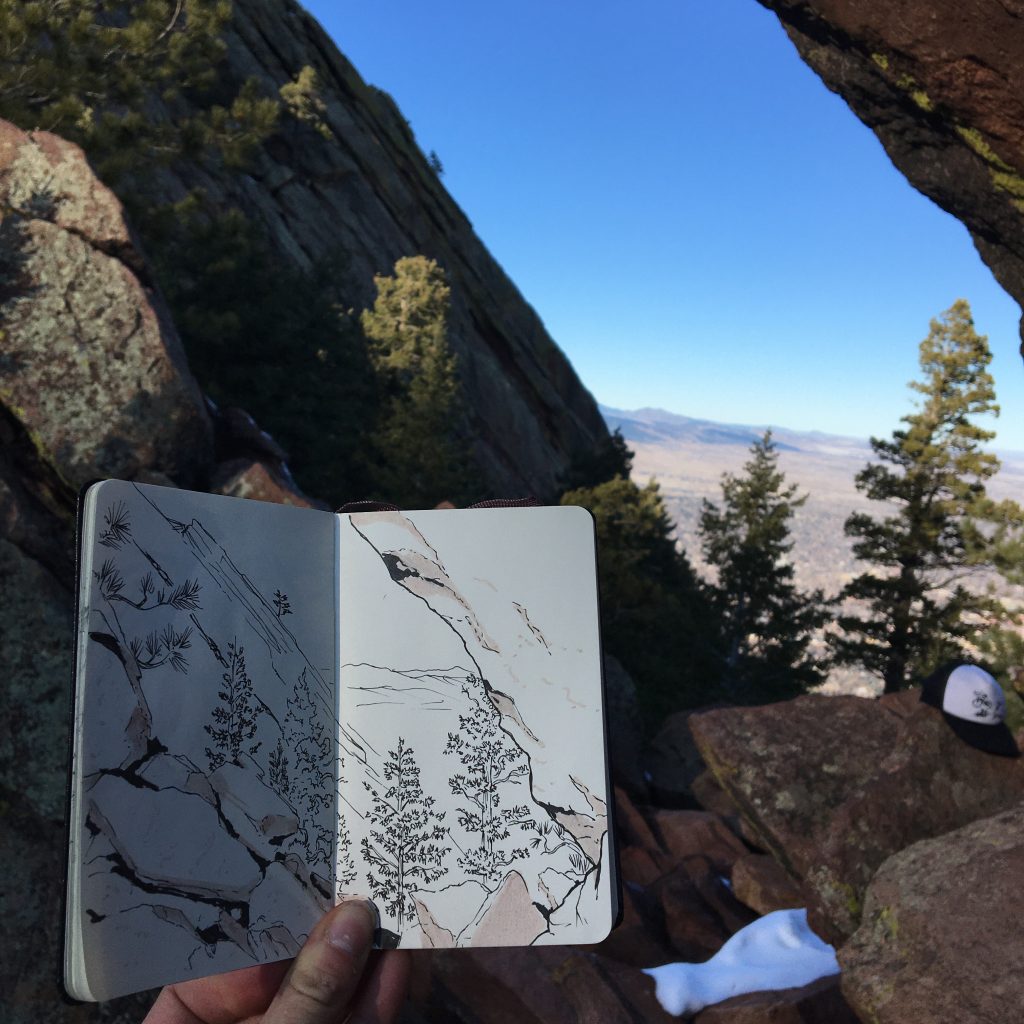 One of Kristina’s biggest inspirations is her twin sister, who she says is “mountain bike obsessed”. “She spent two years trying to convert me,” Kristina explains, “until I finally took the plunge and bought my first bike, a Marin hardtail.” Looking back now, Kristina says she didn’t really know how to ride until she moved to Seattle.

“The Pacific Northwest trails pushed my limits. I began watching bike tutorials and I immersed myself in the local riding community by going to events and trail work days. The more involved I became, the stronger my passion grew.”

Specific trails and features inspired Kristina to draw them, but her sister was the muse for an important stylistic turn. “She visited me after a summer in Whistler and I was so shocked at how good she got that I felt an urge to create a bike illustration of her sending a huge rock garden. It was the first time I thought, ‘Woah, that’s a kinda cool style there’ and my new style developed from there.”

Now after brainstorming an idea, Kristina researches reference photos to catch the environment and get the body position of the rider just right. “After that I draw with pencil on paper, place it on a light table, layer with a fresh piece of paper, and ink the final drawing.” This is one of the most gratifying parts of the process. “After putting in all the work designing and sketching the elements, I get to sit back, trace lines, and watch the drawing appear and ink sink into the paper.”

Her favorite things about drawing and graphic art? “I definitely like the design stage and creating a visual balance within a piece. I enjoy creating a story with lots of fun details for the viewer to feast on. Everything should exist for a reason.” 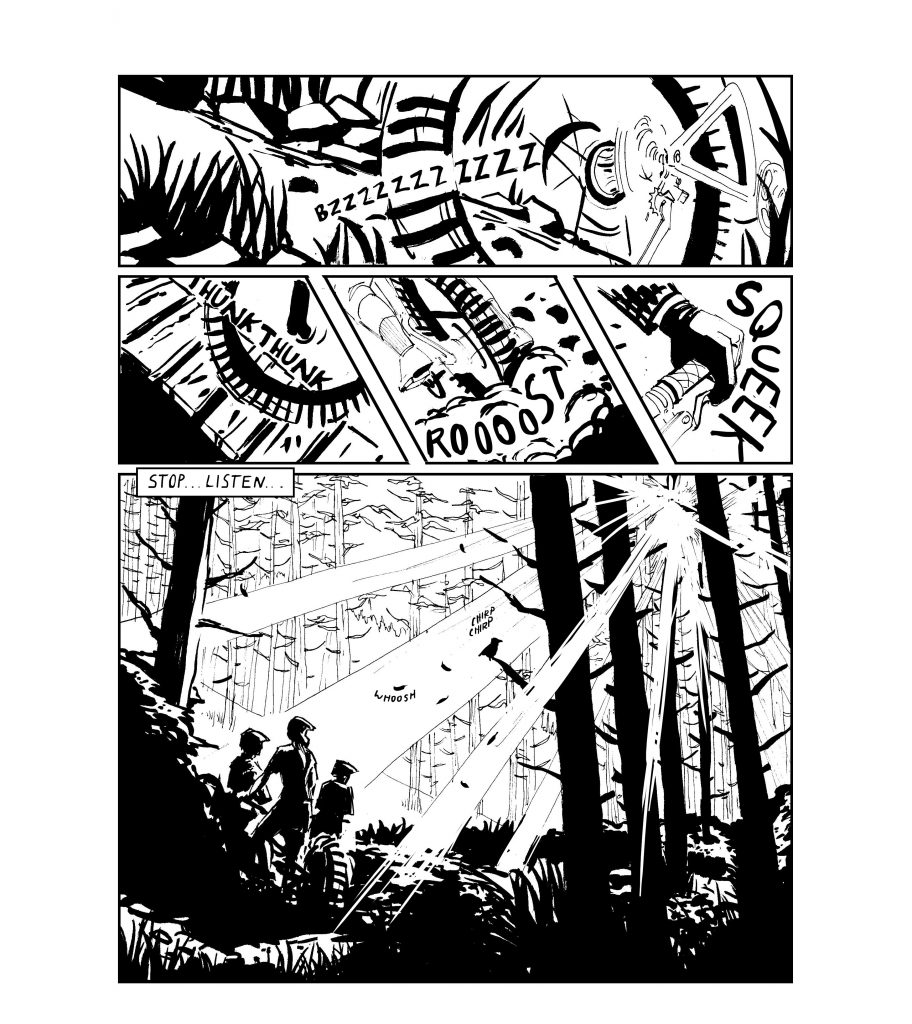 Kristina says she’s always wanted to animate one of her bike comics. “I learned a technique at an old job of converting 2D images into layers to create a 3D animation effect, and that skill has been sitting at the back of my mind waiting to be let out!”

So when Raceface announced their Creator Series competition, Kristina applied. She was one of 10 filmmakers selected and spent the summer creating her epic short film, My Last Day of Summer.

With no script writing experience, Kristina turned to what she knew best – comic storytelling. “People have told me that when they look at my comics, they feel like they are riding and it gives them comfort when they are injured or at work.” This idea led to Kristina’s concept of a young girl who broke her bike on the last day of summer. At the bike shop she finds a comic book about mountain biking. What follows is an exciting mix of live-action and illustrated movement, with art and speed exploding from the screen.

Bringing the film to life presented some challenges, but Kristina had an awesome team at her side. She credits the film’s success to the collaboration and dedication from young rider Julia Lofqvist Traum, cinematographer and live-action director Luke Humphrey, and 2D animator Jason Wong. 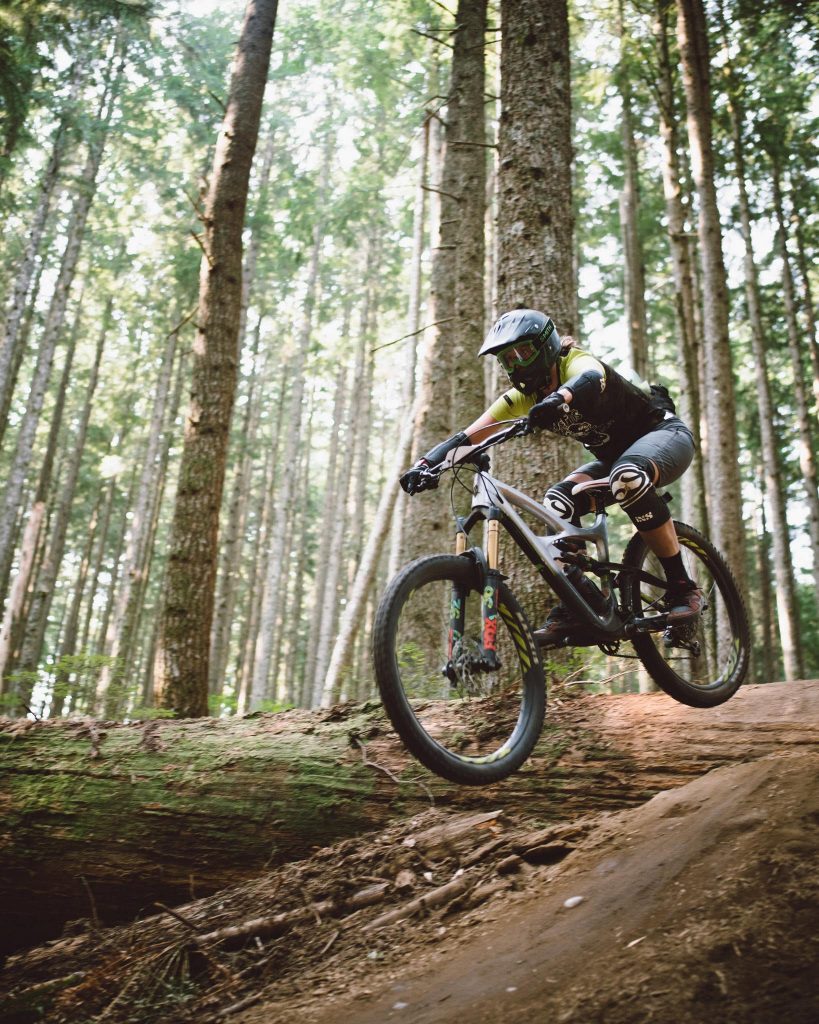 Kristina can’t imagine life without riding a bicycle. “I enjoy focusing on the trail and nothing else exists except for whatever feature is ahead. Mountain biking has enough thrill to keep me feeling alive and requires enough focus to relieve whatever tension I may be dealing with in my regular life.”

From thrilling artistic projects to road trips, Kristina says her bike has taken her to places she would have never gone before. “So I would say we have a special relationship.” 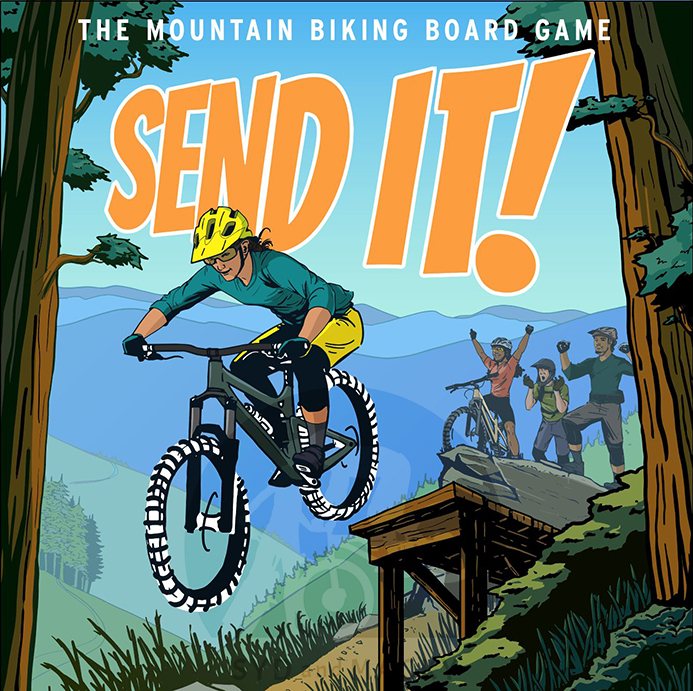 Kristina is currently creating artwork for a mountain biking board game developed by Syd and Macky, to be released on Kickstarter around June 2020. Be sure keep an eye out for more bike movies on her website and follow her on Instagram: @SketchyTrails.