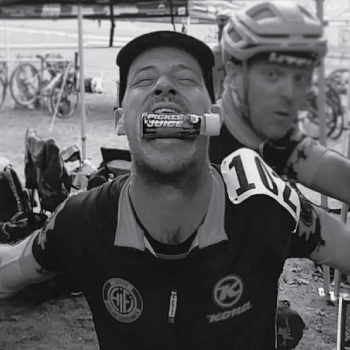 Eric is a supporter of the Mountain Bike Oregon festival where he can usually be found wearing the bandanna of a Volunteer Trail Guide, but he has also worked as a vendor and Dream Team member. When racing, he wears a Team Finger jersey. When building trails he does it with 44 Trails, Hood River Area Trail Stewards, or Northwest Trail Alliance.

Eric says he’s excited to be on the Filmed by Bike jury for the free movies and to be part of the passion of the event. He hopes to see film submissions that reflects the ability of the bicycle to transform pain into personal growth.

Favorite post-ride snack: Burger and shake at Stewart’s 58 in Oakridge.

“Filmed by Bike is an institution that humbles me. People pour themselves into producing the event as much as the creators of each submission.”