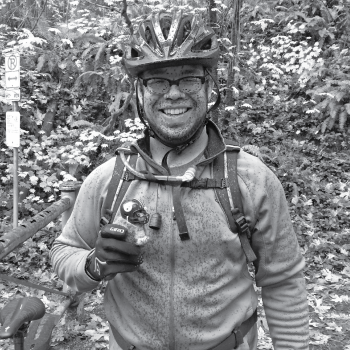 Matt believes in making the outdoors accessible to communities that might not otherwise get the chance to explore due to location and cost. He is a chaperone for school students with the Chill Foundation, a non-profit dedicated to giving students from underserved communities the chance to learn to surf, skate and snowboard.

Matt is excited to be on the Filmed by Bike jury because he’s an avid indie film fan, an mt. biker and an intermittent city commuter/cruiser. He’s looking forward to hearing the film observations of other jurors and learning from the process.

“Filmed by Bike represents the idea of DIY and self sufficiency – technology, pedal power, and creativity means anyone can make something.”