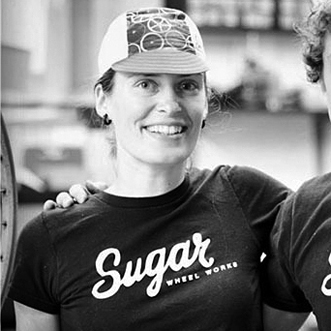 Jude has made a name for herself in the bike world as a master wheel builder. She’s excited to be on the jury for the trifecta of snacks, good people and Filmed by Bike all coming together. We’re fairly certain she won’t be disappointed in those snacks.

Who knew? Early on in her company’s existence, Jude was forced to chance her company name from Epic Wheel Works thanks to the power of another company with a similarly named product, but most people agree the imposed change resulted in a much sweeter name.