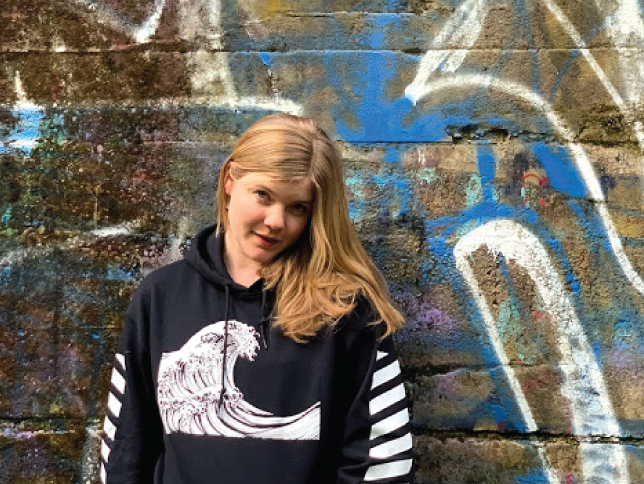 Filmed by Bike Festival Assistant Mary Mueller says working on a film festival in her hometown of Milwaukee, Wisconsin allowed her to see her city in a whole new way. “I realized the power we have to really create the culture and environment in which we want to live. I fell in love with the people, events, films and the way the festival brought the city together and made it feel alive!” 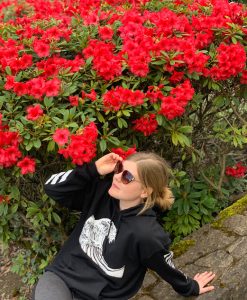 As our Festival Assistant, Mary oversees a variety of projects that make our event a huge success, including directing the volunteer program.

“It’s a very special kind of person who volunteers – they’re taking their limited free time and devoting it to the success of something they care about. How awesome is that?! It’s so cool to see total strangers connect over their love of film (or bikes) and share their skills with the community.”

A Love of Film Festivals 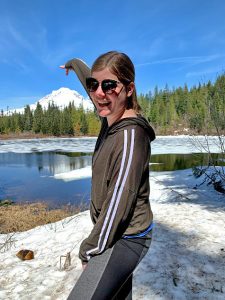 “As soon as I arrived in Portland, I knew I needed to stay. The natural landscape of the Pacific Northwest feeds my soul in such a radical way. I try to find a new place to explore every weekend, and since the PNW has such an abundance of mountains and rivers and valleys, I perpetually find myself in places of breathtaking beauty and saying to myself, ‘This is why I’m here.’”

Filmed by Bike merges many of Mary’s passions, especially bikes and film.

On Her Love of Film

“I’ve also always been obsessed with storytelling. Films are a glamorously enhanced form of storytelling – they have the ability to capture a slice of life from anywhere in time and space, real or imagined. You can learn so much about other cultures and other perspectives and really get out of the box with animated and surreal work.”

On Her Love of Bikes

“I bike to work, I bike to get groceries, to run errands, and just for the fun of it. I call myself a leisure biker. I love being outside just cruising along looking at nature. I just love the simplicity of being on a bike.” 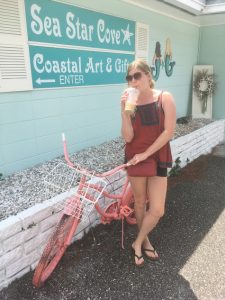 Mary says that working with Filmed by Bike has broadened her knowledge of bike culture and the Portland community. Last summer she experienced her first Pedalpalooza, a signature Portland bike festival that lasts the entire month of June with free events every day.

“I don’t think I’d ever before felt such liberation and communal spirit with thousands of other people until the World Naked Bike Ride and Loud n’ Lit! Being on a bike rather than stuck in a car gives people more freedom to be silly and creative and Pedalpalooza and Filmed by Bike are beautiful outlets for that self-expression.”

Get to Know Mary 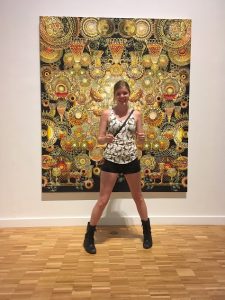 When she’s not busy working for film festivals or leisurely cruising around on her bike, Mary is also a writer, an avid reader, an outdoor enthusiast and a visual artist. She spends much of her free time experimenting with art (figure drawing is her latest passion) and she designed our new custom tote bag design (buy it here).

Mary says, “Come volunteer with us this year! I’m not promising free pizza, but we’ll probably have free pizza.”