Flatten the curve, not your tire.

Submit for FREE through FilmFreeway. 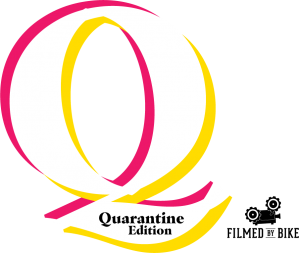 It’s easy and fun! Plus, everyone loves bike movies.

Every year is different, and this year’s films were very special.

Get into the groove with our curated playlist of weekend tunes