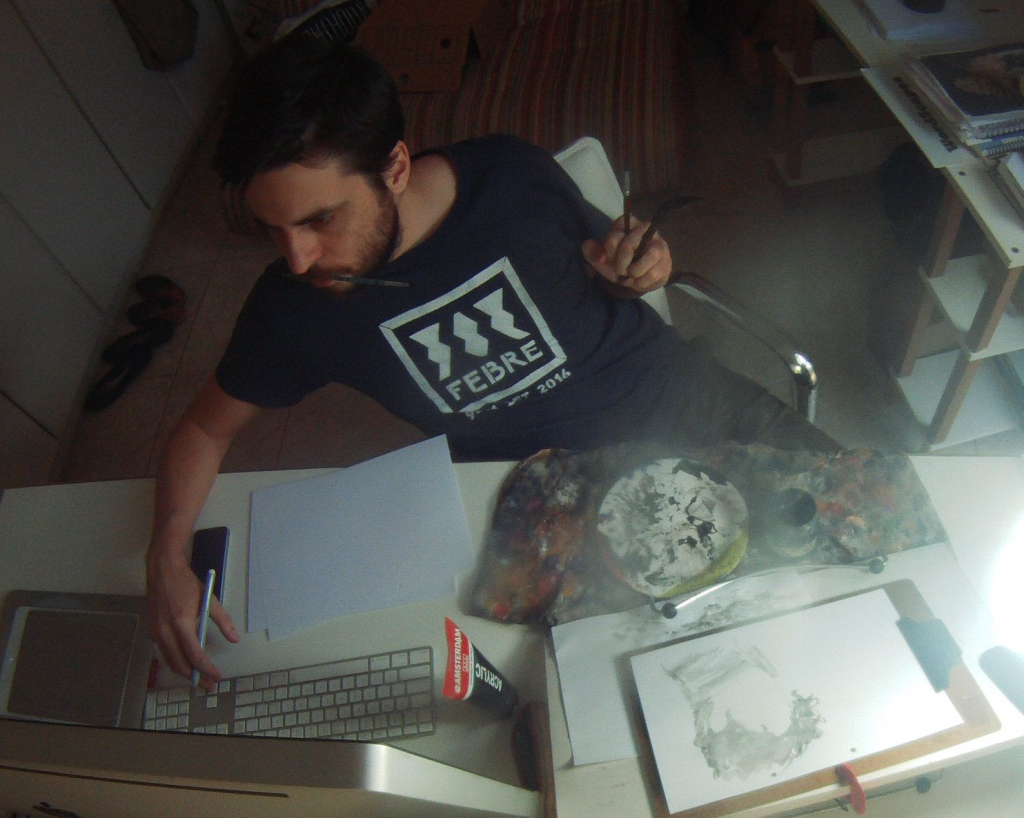 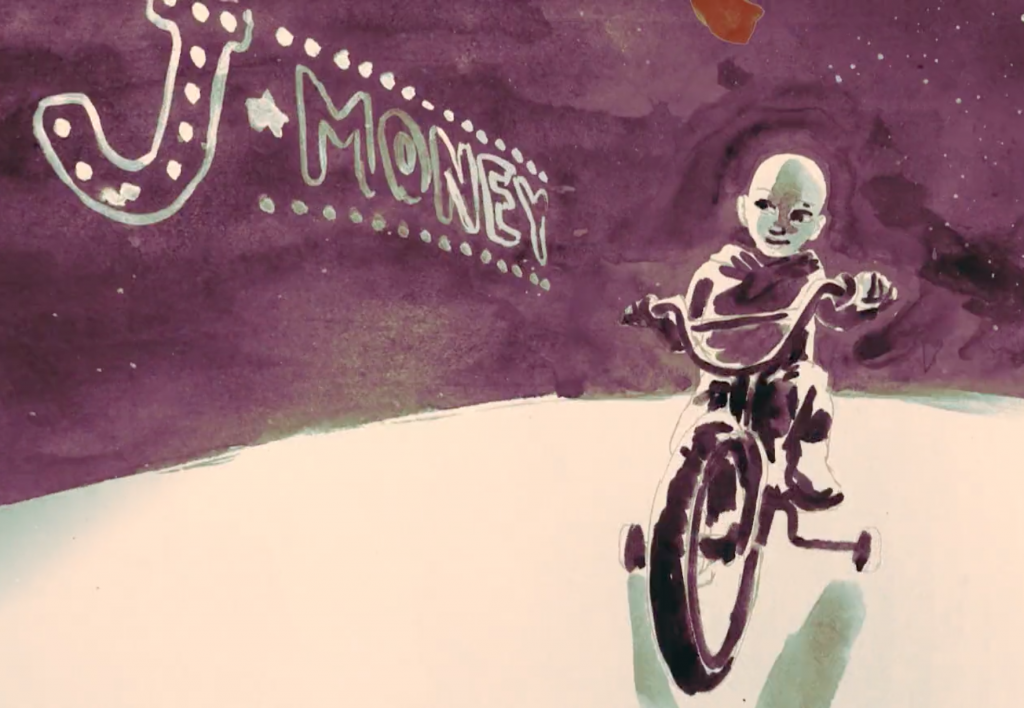 From Advertising to Independent Art

As a young kid growing up in Brazil, Daniel says some of his first memories are filling sketchbook after sketchbook with art. “I used to lie down on the floor and draw for hours.”

These stacks of sketchbooks were a natural transition to studying graphic design in college, where he was exposed to art, movies, science, and technology in new ways.

When he discovered filmmaking, Daniel teamed up with friends to make small animated pieces in any way they could. “It really was just trial and error and collaboration, very exciting,” he explains. “For me it was such an amazing atmosphere of discovery and artistic exploration that I think I’m still processing it many years later.”

Eventually this sense of wonder began to fade, however, as he began working in advertising. He realized he was becoming a cynic. Daniel says, “I was bitter, more selfish. At the same time I felt empty creatively. So I made a decision to build a cheaper life where I would need less money and could work on other kinds of projects.”

Fueled by the desire to recapture his creative spirit, Daniel dove into short films, music videos and animation classes, even going so far as to produce a music festival with friends. Daniel says this change was essential for his art. “I got in touch with so many beautiful stories and they brought meaning to the work.” 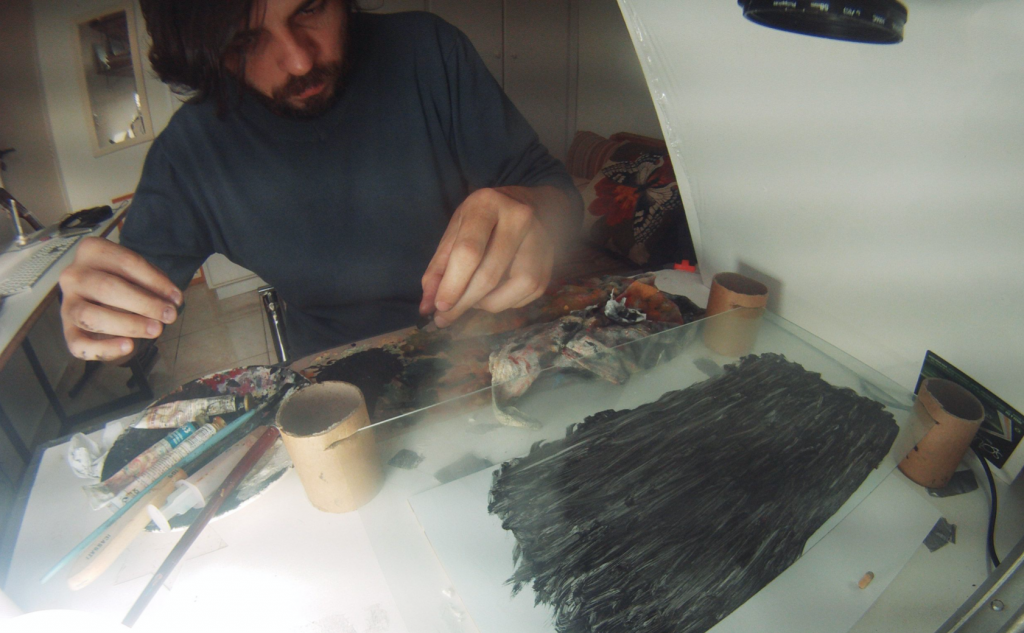 Now when developing projects, Daniel finds himself drawn to themes and stories that he feels he can learn from. This challenge was especially palpable when he was invited by the Preschool Poets to create Me, By J-Money, a short film visualizing a five-year-old’s poem.

“I come from the Brazilian working class,” Daniel explains, “so I’m white by our parameters here and a latino to the rest of the world.” Daniel asked himself, “What can I bring to the story of Ja’Lantea, this young Black American kid with a totally different background than mine?”

The best approach seemed to be to embrace that gap and be truthful about it. He asserts, “Take that risk and use it, create around it. Then the points of contact hopefully emerge. The result might be something unique and interesting exactly because of that particular mix of conditions.”

This interplay of forces is active in every project for Daniel. “There’s always a risk of failure, of it being disrespectful or just plain ugly,” he explains. “To avoid that, you try to heighten your senses, your imagination and your empathy the best you can – try to do a little bit better each time.”

This openness and readiness to learn is what makes Daniel’s animation so powerful. He explores the motivation behind each character, considering their desires and fears and cultivating a visual reflection.

“Animation is all about motion and change,” he says. “How does a character move? What are the forces in place? More importantly, why does someone move, walk, or talk in a particular way? In Me, By J-Money, how does the character stand up on his little bike when he wants to be as tall as his brother? Why does he want to be with the older boys?”

The answer to these questions requires an observant eye and an understanding of human nature. Daniel says, “I look at people and at myself. I research, imagine, and sketch a lot.”

Through learning about the world and communicating it to his audience, Daniel shapes and illuminates our unique stories through his own particular lens. Daniel adds, “The kind of work you do can impact your sense of place and community.” 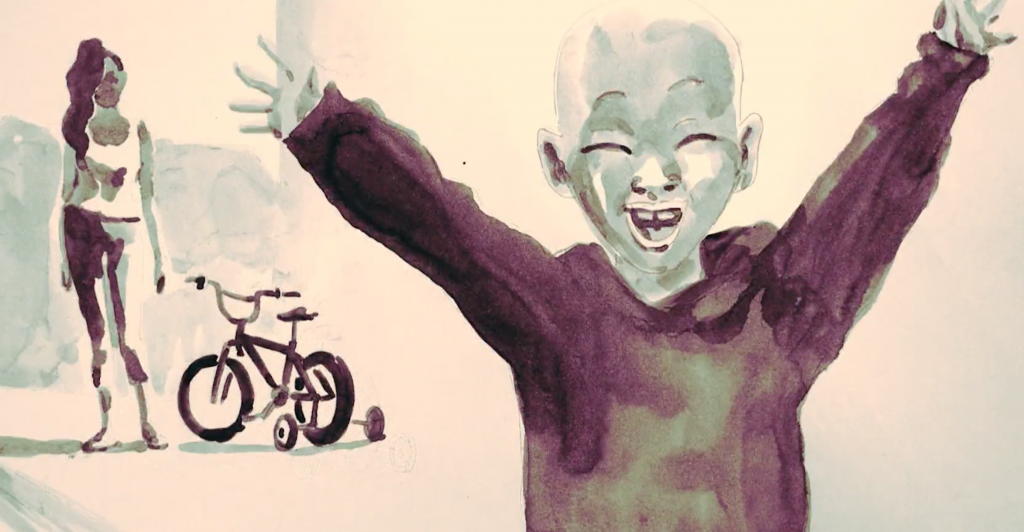 Daniel just finished developing a music video for London-based musician Jacob Collier’s song “He Won’t Hold You” and is currently working on the short film Pariah. Daniel is also the co-producer of the Brazilian music festival Febre. Go check out his website and follow him on Insta!