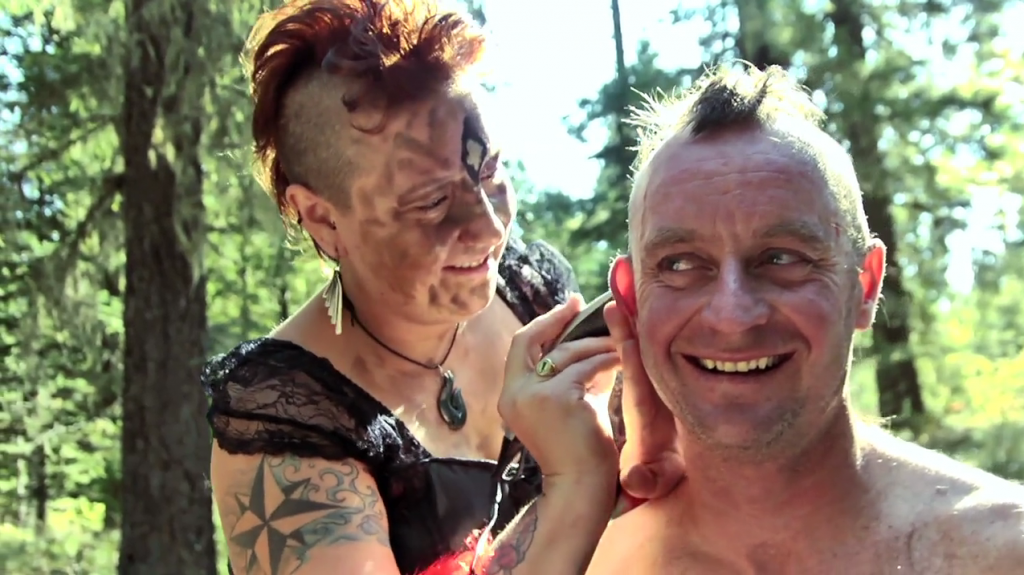 Manny Marquez says he got into cycling through film – not a typical route for most people. In 2009, About Face Media sent Manny to France for The Tour De France. His job was to create a film a day for Trek Bicycles. During his time at the Tour, Manny made 22 films base on Team Astana and the love of cycling throughout France. “I was going to all of these places that are famous,” Manny explain. “Now I watch cycling religiously and I know these places, but I didn’t then.”

When Manny returned home to Hood River, Oregon his experience in France not only inspired him to begin cycling but also gave him some serious street cred with the local cyclists. At the time, Manny weighed more than 300 pounds. Over the next five years, Manny lost 130 pounds through cycling. During that time he built a community around the Dirty Fingers bike shop.

Each year Dirty Fingers shop owner Mitchell Buck and his crew host IngerUcker, an outrageous mountain bike ride. Manny decided to make a film documenting the work that goes into building the event and the all the shenanigans that result. The result is “IngerUcker: Beyond Fingerdome,” a rugged, irreverent and hilarious glimpse into this beloved ride.

Manny is still researching what his next large project will be, but like all of his pieces he says “I want the film to be loaded with so much content, that it is so rich, you don’t have to see it to feel it.”

IngerUcker: Beyond Fingerdome plays in the World’s Best Bike Movies Program (B) – Friday at 9pm at the 2015 festival.