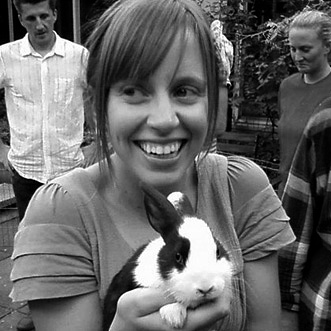 Freelance Producer for Film and Video

Lilah is a crafty and resourceful aunt extraordinaire who loves chips and salsa and is a master of making creative ideas come to life. Lilah is wrapping up a two-year stint at NW Documentary where she helped Filmed by Bike form a partnership with the organization. Lilah was a key crew member of “Bare As You Dare,” the World Naked Bike Ride documentary.

Lilah says she’s excited to be on the jury so she can see the behind the scenes of Filmed by Bike and help make this year’s festival a success. She’s got the film aspect down pat, but the bike part is somewhat new to Lilah. “When I was a kid I was always way too busy watching Mork & Mindy reruns and movie after movie after movie to even think about going outside and riding a bike,” she explains. “So I didn’t learn to ride until I was 25! I’m still working on mastering life on two wheels, but now you can find me riding all over town on my bike in my free time. It’s a refurbished 8-speed, and I call the color “mermaid’s tears.”