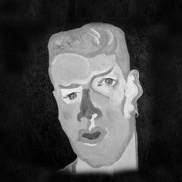 In addition to being an everyday cyclist, Flip spends his time being an adventurer in life. In 2015 he spent a week at a rave party in an abandoned castle in France followed by a 12-day hike in the polar region of Lappland, Sweden.

“I find myself in the position of being an eternal foreigner. I’ve lived in four countries, speak the four languages (all well, none perfectly) and wherever I am, I seem to be from somewhere else.”

WHY HE’S EXCITED TO BE ON THE JURY
“I love the Portland bike community and have really enjoyed Filmed by Bike in the past.”