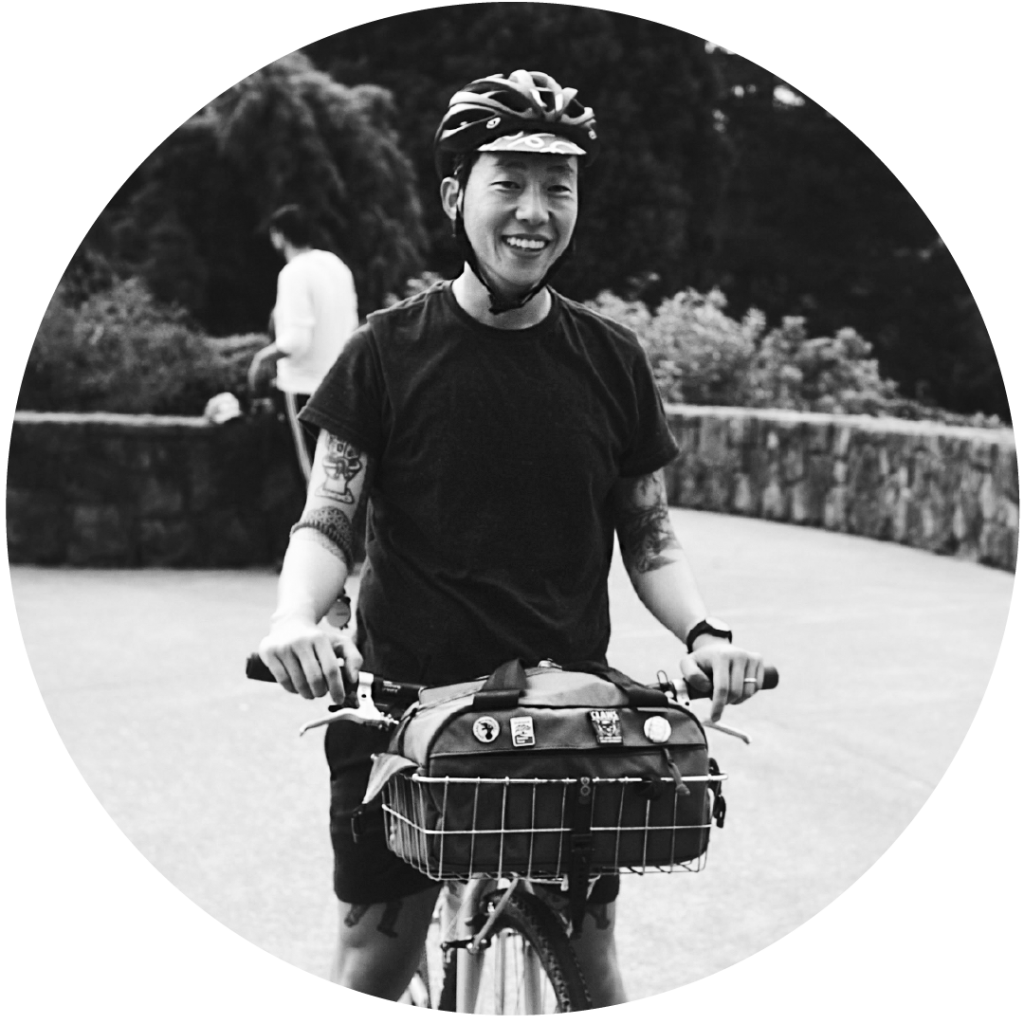 “I’m an urban rider who believes that bicycles should be a primary form of transportation for health and environmental reasons.

“I like to see the geographic differences of biking in one city or another.  Living in Portland, we are already spoiled with the existing bike infrastructure the city and advocates offer.  People bike all over the world and most bike in places that are not as bike friendly.  It’s great to see the conviction some people have in biking in places that are not as bike-welcoming and makes me appreciate what I have in this city.”

What kinds of films William hopes to see this year

“I think I would love to see the diversity of cultures, regions and socioeconomics represented in bike films.  I think personally, in some of the bike circles I interact with, bicycling can become very consumeristic (I’m guilty of that too) and it would be wonderful to see that people rely on the bikes they have or bikes that have been passed down, and to be put to good everyday transit use.”