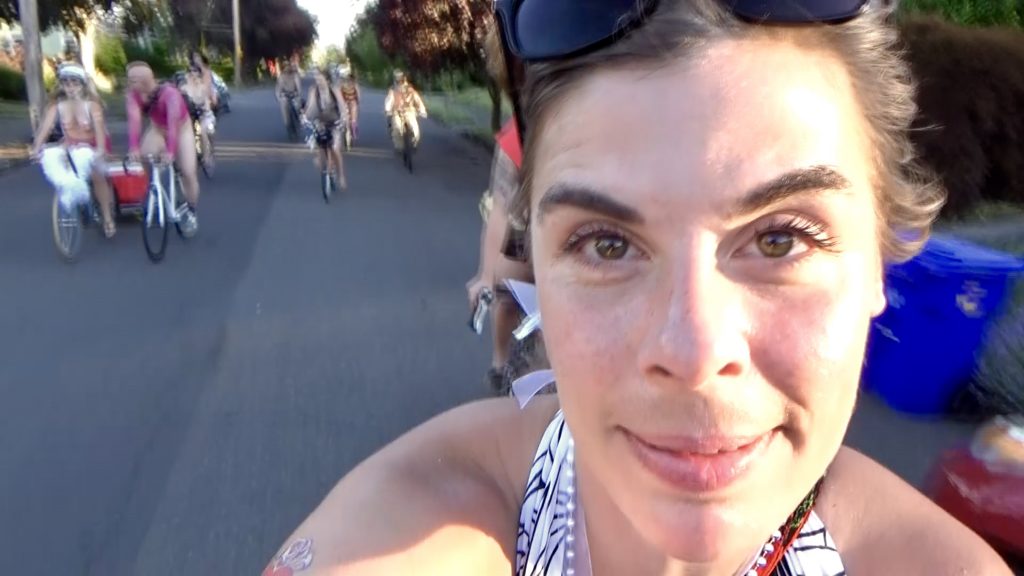 The Filmed by Bike film festival was started in 2003 with heaps of heart and plenty of community support. Our Ambassadors keep the spirit alive in the community by introducing people to our festival and getting them excited to come to the movies.

Portland native Audrey Goldfarb is our newest Ambassador. Aud is a filmmaker and gonzo journalist who likes to get crazy, attend local events and document them along the way. Her work offers an authentic slice-of-life view of Portland, and an important time capsule as our city grows.

Aud says she’s excited for this new role because it feels good to be a part of something positive, making possible a feat no one person could handle alone. “2018 was my first year attending Filmed by Bike. I was astounded by the high-quality films I got to share the screen with. It was an honor to be a part of it with my film about the Ladd’s 500 bike relay.”

A Love for Portland

Aud shares our love for Portland, and that makes her the perfect Ambassador. “The entire existence of my web series is an homage to Portland,” she says. “I love that money is (for many of us) second tier to other matters of importance, like happiness, health, community, and the environment.”

In fact, Aud will even let you in on her secret favorite Portland spots. But don’t tell anyone! “I like the concrete slab on the water along the Eastbank Esplanade. I love the wooded trail that leads to the upper end of the OHSU tram. And the secret paths in Montavilla.”

Get To Know Aud

Look for Aud out on the streets of Portland at bike and film events and be sure to ask her for a sticker!

Are you interested in applying to be a Filmed by Bike Ambassador? 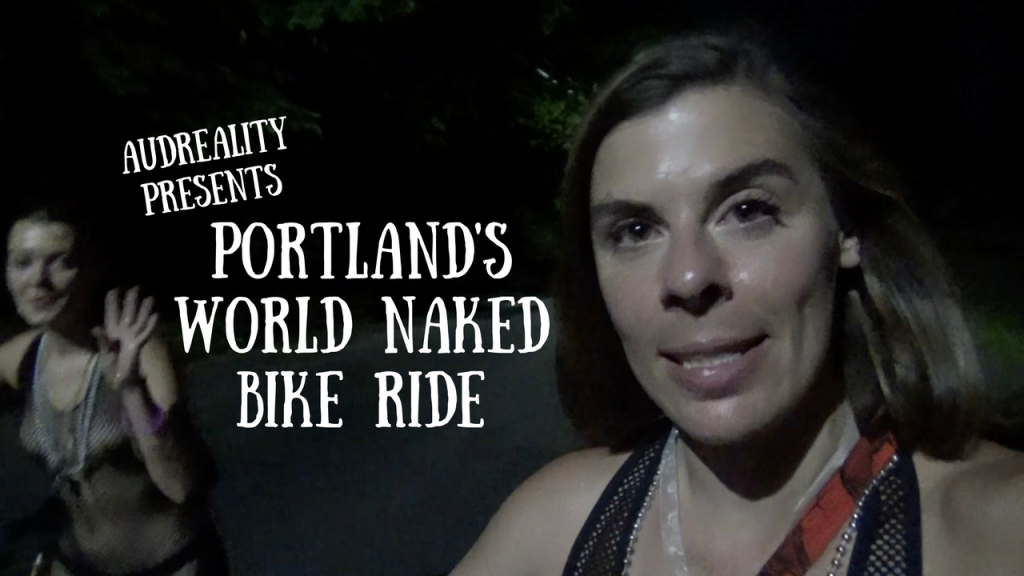