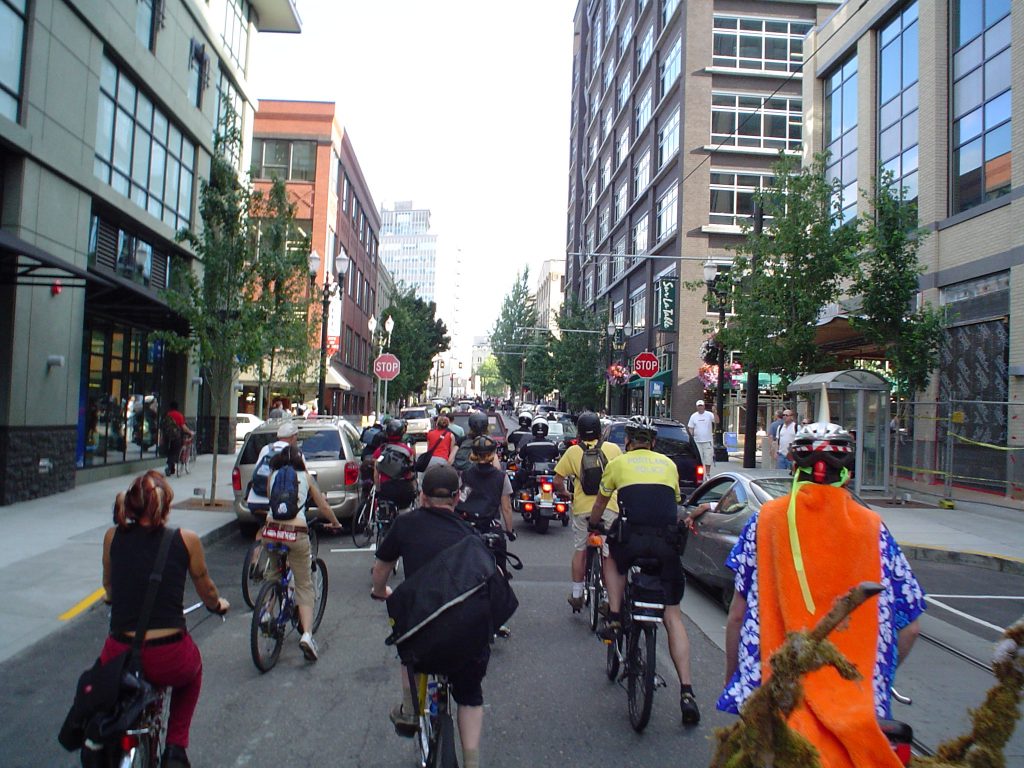 A excerpt from an essay by Filmed by Bike Founder and Festival Director Ayleen Crotty. Ayleen founded a Critical Mass ride in her college town of Champaign, Illinois in the late 90s. In 2000, Ayleen moved to Portland, Oregon in large part for the city’s already-known bike friendliness.

Beyond Critical Mass: a term used to describe the pivotal moment when a bike culture matures to the point that Critical Mass, or similarly formatted events, is no longer a necessary (or effective) method for bike enthusiasts to connect. When other avenues and outlets develop and better, more effective events arise, Critical Mass ceases to be relevant. This is a key moment in the growth of a bike culture.

Critical Mass has power. In the early days of Portland bike culture, our Critical Mass events were our networking events. We gathered consistently every month, met new people, formed alliances and developed a shared vocabulary around cycling that allowed us to advocate with a unified voice. Magic happened. Many incredible events that still exist to this day came as a result of ideas generated at Critical Mass, and the human connections that were formed there.

Portland would not be the world-renown bike friendly city it is to this day, a city of impressive innovation, if it weren’t for Critical Mass and the bike fun that grew out of the monthly event.

And Portland would not have Critical Mass if it weren’t for the inventive activists of San Francisco that started the global movement in the 1990’s.