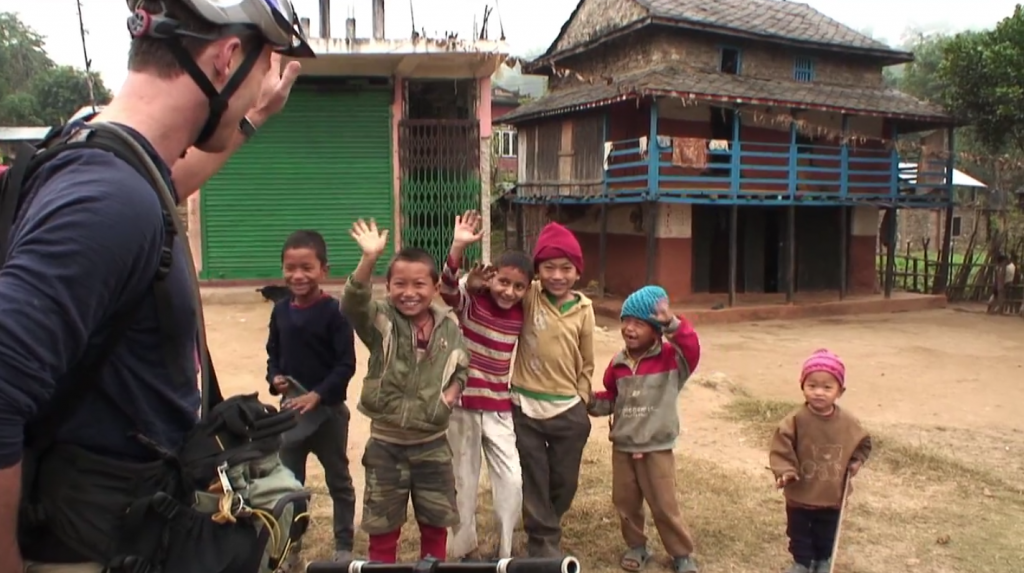 Ryan Van Duzer describes himself as a tree-hugging hipping boy from Boulder who has never owned a car.

“When I was a wee little boy. My first bike meant freedom, it meant the ability to get past the confines of my neighborhood, and most of all, it meant FUN! – and still does.”

This is the second time Ryan will have a film featured at Filmed by Bike, and he says he loves being part of the festival. “This festival has created an amazing community and I’m proud to be part of it. I’m also a big bicycle advocate and love inspiring people to ride, and I’ve found that my silly little videos reach a lot of people.”

Early on, Ryan realized the power his films could have to inspire others. After serving in the Peach Corps in 2005, Ryan rode his bike from Honduras to Boulder and documented the journey. “That content inspired a lot of people,” he says, “It got me really excited about sharing all my two-wheeled adventures. People look to video and film for inspiration and education, and it’s fun to provide a spark in people’s lives.”

Ryan takes a very serious yet lighthearted approach to all of his work. “Making viewers laugh or smile or feel warm inside is really the key to winning them over.”

Ryan’s film “Why I Love Riding” plays in the Sunday VIP screenings at 5:00pm and 7:30pm. These screenings are an exclusive opportunity for VIP Festival Pass holders. Purchase your VIP pass when buying festival tickets. [ info + tickets ]