This program was made possible with support from Yakima.

A thrilling night of tales from the rugged road as intrepid cyclists test the boundaries of what is humanly possible on a bike and explore the far reaches of the globe. No only do these bold souls push themselves to the limit, they also bring along the camera equipment necessary to document the journey for the rest of us.

This is what it means to truly be alive. 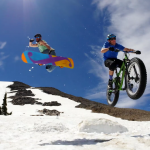 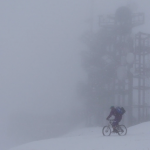 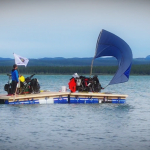 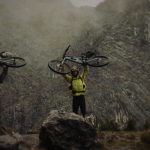 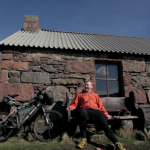 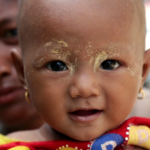 Presented by John Waller of Uncage the Soul

The Thousand Year Journey: Oregon To Patagonia | 4:13
Tom Shadyac + Sophia Bush + Bryn Mooser + Jon and Amy Turteltaub
Los Angeles, California, USA
Jedidiah Jenkins quit a job that he loved to ride his bicycle from Oregon to the southern tip of Patagonia. Friend and filmmaker Kenny Laubbacher joined him for a month and a half to pose the question: Why? Jenkins’s poignant answers are woven together with sun-soaked travel footage and shots of life on the move in this short film about shattering routines, staying open hearted and keeping the flames of inspiration not just burning, but raging. The Thousand Year Journey is a paean to travel, adventure and, as Jenkins puts it, “Turning your 100 years on this planet into 1,000.”

Solidream, Aspirations of the Pamirs | 8:12
Solidream – Le Grau du Roi, France
Several years ago, the Solidream Team of traveling Frenchmen were on a 365 day journey of adventure around the world – by bicycle. They made a film about the journey and submitted it to Filmed by Bike. While in Mexico, they received the good news their film had been accepted to Filmed by Bike and they immediately turned their bikes toward the West Coast to join us for the festival. It was an honor to have these intrepid adventurers on stage in Portland.

Now the Frenchmen return with a new challenge: Design the perfect bike for their rugged adventures. Through an audacious 3,000 km adventure in the Pamir Mountains, Morgan Monchaud, Siphay Vera and Brian Mathe show the viability an ambitious bike made out of bamboo stems and flax fiber as they explore wild summits up to 6,000 meters.

Off the Beaten Path | 6:12
First Tracks Productions – South Lake Tahoe, California, USA
Fat tire bikes are all the rage these days, but what’s so great about them? This film explores how bikes with fatter tires are allowing riders to venture to places cyclists have never before been able to ride.

The Trail to Kazbegi | 15:34
Joey Schusler – Boulder, Colorado, USA
Filmmaker and bold adventurer Joey Schusler returns to Filmed by Bike with another wild tale of adventure where few have ever traveled. Joey and his crew overcame countless obstacles and experienced some of the most spectacular scenery and trails possible as they ventured through Kazbegi region of Georgia on a quest to reach the magnificent Mount Kazbek. In the process, they cemented lasting friendships and proved, yet again, that life is simply better in the mountains.

A Few Thousand Miles To Go | 5:02
Freehub Media – Bellingham, Washington, USA
The Freehub crew joined up with Mike Hopkins to ride a 26-mile section of Montana’s Continental Divide Trail. As fate would have it, this five-man, bike-powered expedition passed Montana’s Lewis and Clark Pass on July 7, 2015, 209 years, to the very day that Meriwether Lewis passed it on his journey back east. The trail winds through Helena National Forest and passes over nearly every kind of terrain, from expansive ridges and burnt forests to steep scree fields.

With the help of Pat Doyle from Bike Helena and Emmett Purcell from Prickly Pear Land Trust, the route was planned and supplies were stashed. The following days consisted of every type of weather imaginable, mixed with plenty of grueling climbs and exhilarating descents. The small-scale expedition provided a glimpse of the area’s endless terrain, and the unwavering quest for discovery that was required of early adventurers.

Borders & Boundaries | 3:00
Tom Nelson – London, Great Britain
What drives you? What is the inspiration that makes you get up and go? Borders & Boundaries shares the sights, sounds and feelings of cycling through Myanmar. The filmmakers invite the audience to marvel at the raw beauty of Myanmar and hope to invigorate them to pursue a new adventure.

Tom Nelson and Tobias Schmid are a pair of adventurers who seek to challenge themselves through travel while inspiring others to step off on their own journey. As a part of the Daring Dynamos, we set out to cycle the world and successfully ventured across three continents.

“Embarking on a trip across a firmly governed nation provided a glimpse into the daily obstacles of Burmese life but rewarded us with welcoming communities and friendly smiles,” says Nelson. “We try to push the limits of where adventure travel can take us, choosing the alternative route and leaving tire tracks on unridden terrain.”