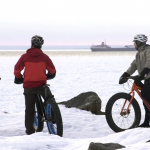 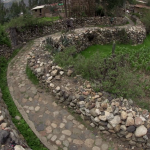 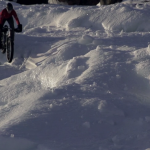 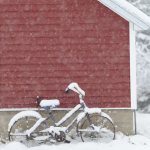 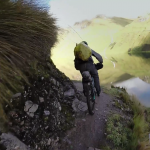 “Adventures like these
can neither be scripted nor planned,
and for that we are grateful.”

Bicycles are freedom, but sometimes that’s not enough. We need to push the boundaries, test our limits and go beyond.

When we adventure, the ride is the journey as much as the destination. Bikes take us to unexpected places. Though the journey may be tough, the reward, the stories and views, are everlastingly sweet.

Join us as we head off the beaten path with cyclists from all over the world who are testing the limits of what it means to ride a bike. 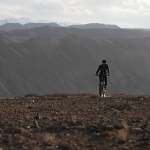 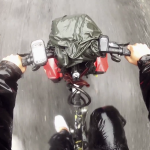 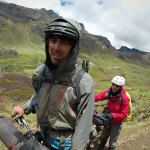 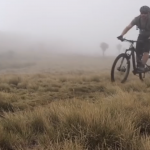 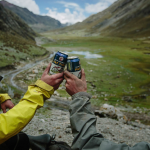 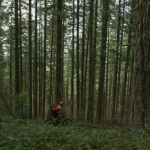 Cycling in the Pamirs | 2:18
David Kroodsma – San Francisco, California
In 2014, eight cyclists from four different continents met near the Tajikistan-Kyrgyzstan border. Upon reaching the 4,280m (14,042 ft) pass, many were in a state of delirium and suffering from severe altitude sickness. This film is the result.

Tuscany Trail | 5:43
Martino Vincenzi and Tuscany Trail – Pescantina, Italy
Join this adventure team on an unsupported ride through one of the most beautiful gems of Italy.

Wild Tracks | 7:23
Tracey Croke – Sydney, Australia
Adventure meets cross country mountain biking in a two-week expedition searching for the best single track in the Ethiopian highlands, featuring sheer drops of 1000 meters, welcoming villagers, baboons and a web of trails in a lush mountain range resembling a mix of the Alps, the Andes and the Grand Canyon.

Oakridge | 7:02
Andy Masser for Travel Oregon – Portland, Oregon
A special kind of outdoor magic is happening in Oakridge, Oregon and this former logging down is rising from the ashes as a result.

East To West | 7:30
Dwayne Burgess – Hempstead, New York
On May 17th, 2014, Burgess set out on a trip across the United States by bicycle. Over the course of 3,000 miles in 75 days, he met the people who would shape is outlook on life and this profound adventure.

OFFSEASON ft. Daniel Tisi and Andrew Whiteford | 5:00
Jackson Tisi – Wilson, Wyoming
Two skiers of play off of each other all ski season and learn from each other by biking in the off-season. Though double Daniel’s age, Andrew finds ways to learn form the youth and Daniel naturally looks up to Andrew as a mentor. Enjoy their off-season!

Cold Rolled | 20:00
Aaron Peterson/Clear and Cold Cinema – Chatham, Michigan
This action documentary explores the history and culture that led to development of a winter singletrack trail network in Marquette, Michigan.

Huayhuash | 13:00
Joey Schusler – Boulder, Colorado
In the winter of 2014, three friends set out on a self supported ride, looking for nothing more than a truly genuine experience as they circumnavigate one of the most wonderful and wicked mountain ranges in the world – the Huayhuash, by bicycle. Sink in as the Huayhuash rips at their eager ambitions.