This lighthearted mix of films celebrates a passionate love of bikes. Journey around the globe for glimpses at worldwide bike culture and meet some of the most intriguing people behind it. 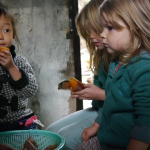 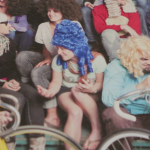 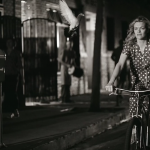 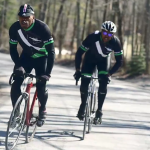 Spring in the Catskills | Dwayne Burgess 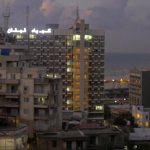 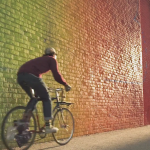 Presented by
Representative Earl Blumenaur of the Congressional Bike Caucus

The Morning Ride | 1:37
Ben Johnson + Kurtis So – Vancouver, British Columbia, Canada
There is an intimate connection to one’s environment that only commuting by bicycle can provide. This film is about an everyday commuter who lives for their daily ride and also needs to look good at the office. From the beautiful solitude of the North Shore to navigating the busy streets of downtown Vancouver, this short lets you experience the feeling of a west coast morning ride into company HQ.

Velo Visionaries: Morgan Fitzgibbons | 7:44
Kristin Tieche – San Francisco, California, USA
Traveling by bicycle provides a unique perspective on your surroundings, often inspiring moments of insight and creating a profound connection to your community. Velo Visionaries presents a series of interviews with great thinkers of today’s global bicycle culture from the point of view of the person behind the handlebars. This edition features Morgan Fitzgibbons, the co-founder the Wigg Party, [freespace], the Urban Eating League and the NOW! Festival.

Evolution of the Bicycle | 1:08
Thallis Vestergaard – Hornbaek, Denmark
300 years are compressed into this 1 min animation.

Cycling and Wild Camping in China | 9:56
Miguel Béchet – Fribourg, Switzerland
A Swiss family travels with their two young children from Guilin, China toward Vietnam by cycling on countryside roads. The innocence of the children brings them close to locals through many tender moments.

BAM! – A Bike Travel Poem | 3:25
Parentesi Agency – Padova, Poland
A road, some friends and a story to tell are almost always enough. This is the richness of life.

Keep Going | 7:47
Tim Jacks + Taylor Eisele – Portland, Oregon, USA
A unique look into the lives of Portland couriers and showcasing what they do best.

The Philadelphia Bike Story | 6:55
Streetfilms – New York, New York
Streetfilms looks at innovative bike projects and cultures around the world with short, punchy films. This piece is an excellent profile of what’s happening in Philadelphia, where locals say it’s easier to ride a bike than drive in the crowded city.

The Gift | 2:45
Partizan Entertainment – Burlington, Vermont, USA
Enter the mind of a man as he watches the woman he loves transform his gifts into freedom. This lovely, poetic piece is entrancing.

Cycling Circle | 4:30
Folch Studio – Barcelona, Spain
In Beirut, Lebanon, the Cycling Circle group is eco and social innovator in both mobility and tourism.

Ride Alive 2015 | 2:25
Terasu/Circles – Los Angeles, California, USA
Rie Sawada is moved by nature as surely as she moves through it. Join her on an adventure from solemn overlooks to raucous gourmet meals over bonfires as she ventures on the Ride Alive to clamor up hiking trails and paddleboard the ocean.

NYC is Handsome: On The Streets with Gabriel Frilando | 5:38
John Fontana – Minneapolis, Minnesota, USA
Known as “cheatDeathNYC,” Gabriel Frilando shares his poetic, yet aggressive style of riding on the streets of New York City.

Go Riding | 3:56
Fernando Biagioni – Belo Horizonte, Minas Gerais, Brazil
Bicycles are our silence revolution. And riding we are gonna change the world. In so many ways, bike community is universal. Watch this film and you’ll know what we mean.