Your VIP Pass gets you in for free. Very limited space is available at this intimate engagement. If the 5:00pm program fills up, an additional 7:00pm program will be added. If you did not select this option at the time of purchasing your VIP Pass, please contact us.

With more than 100 films to choose from and limited theater time, our jury has the very difficult task of selecting the world’s best bike movies for Filmed by Bike. Only a handful of the best movies makes it onto the big screen, leaving an array of great movies on the cutting room floor.

New this year, we’re offer you an exclusive peek at the films that didn’t quite make the cut for the big screen.

6:15pm – Filmmaker Q+A (VIP Exclusive)
Join us for an intimate chat with the fascinating filmmakers featured in tonight’s program.
[ more ] 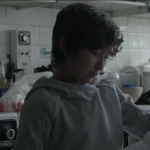 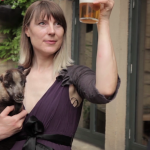 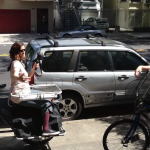 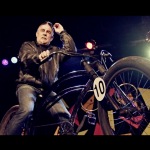 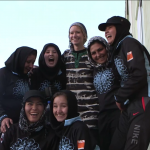 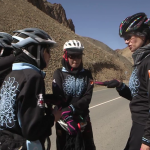 Domen is a Slovenian filmmaker and the Filmed by Bike Productions Manager. Join him for the Q+A as he shares insight on bike culture in Slovenia and what his stay in Portland has been like over the past three months.

Penny in Yo’ Pants | :54
Alec Farmer, Cat Cochrane, Sarah Drummond, Johanna Holtan, Lucy Stewart, Madeleine Wilson – Edinburgh, Scotland
“We love bikes. We love skirts. But sometimes these two don’t mix well. Which is why we came up with Penny in Yo’ Pants. An easy solution to making your skirt bikeable. Since we created the film, we have had over 3.2 million views and have been featured in Slate, Huffington Post, Cosmopolitan, and countless other publications. More importantly, women are using it!”

Blue Skies and Bicycles | 3:56
Becky Morton and Paul Glahn – Portland
Pedalpalooza is a multi week festival every summer that features free bike events every day. This film celebrates the joy of Pedalpalooza as we tag along on a sunny day ride in the city.

AV200 – Why I Ride | 2:38
Clay Walker – Avondale Estates, Georgia
Over the last 11 years, over 1100 participants have ridden in the two day 200 mile Atlanta-based AV200 event to raise funding for the Emory Vaccine Center. The event has raised almost $1.8 Million dollars in AIDS Vaccine Research and helped families affected by HIV. This a profile of rider AJ Long and why he participates.

Vain Vagrant | 7:48
Whitenosugar Productions – Cheshire, Great Britain
It’s all gone weird again. What does it mean? You decide, but make sure you watch through to the end. Filmmaker Tim Royle returns with another freaky film for Filmed by Bike, the sequel to his 2015 Golden Helmet award winning film The Chop (watch).

Observing the Elements | 3:23
Chris Bruntlett – Vancouver, Canada
The third of our new season of #CycleChicFilms profiles Dave, whose passion for traveling and photography is reflected in his landscape design business.

Velo Visionaries: Chris Carlsson | 6:19
Kristin Tieche – San Francisco, California
Traveling by bicycle provides a unique perspective on the world around you, often inspiring moments of insight and deep connection to your surroundings. Velo Visionaries presents a series of interviews with great thinkers of today’s global bicycle culture from the point of view of the person behind the handlebars. This installment in the series profiles Chris Carlsson, the revered founder of Critical Mass.

Cycle of Life | 5:00
Erik Croswell – Tualatin, Oregon
A man’s life is transformed as he is forced to give up his car and start biking instead.

Liv Beyond: Shannon Galpin as Liv Ambassador | 7:03
Sarah Menzies, Let Media – Seattle, Washington
As a global ambassador for the cycling brand Liv, Galpin describes the work she is doing in Afghanistan and how Liv has supported the Women’s National Cycling Team of Afghanistan..

Dublin Cycling Stories: Paul | 4:19
Paddy Cahill / Jason Butler / Dublin Cycling Campaign – Dublin, Ireland
Dublin Cycling Stories is a series of short portraits of people who use bikes to get around Dublin. This installment features Paul, whose work as an architectural photographer makes cycling to different locations the most convenient way to accomplish his job.